Island in France – Gold islands : island of Porquerolles, Port-Cros and Levant in south of France, Provence 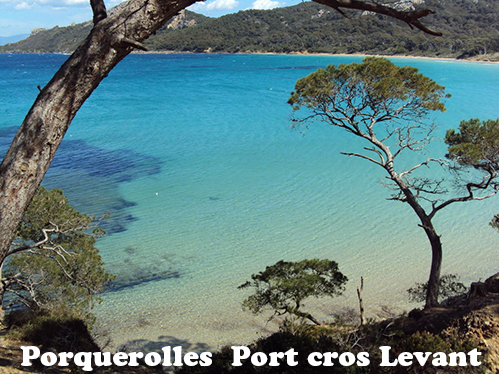 These 3 names evoke maybe for certain sailors a magnificent set of three in the South of France in the Mediterranean Sea, the sea sprays which swirl during big blow of mistral, turquoise blue waters…

These 3 islands are in the South of the city of Hyères  ; Porquerolles, Port-Cros, Levant. 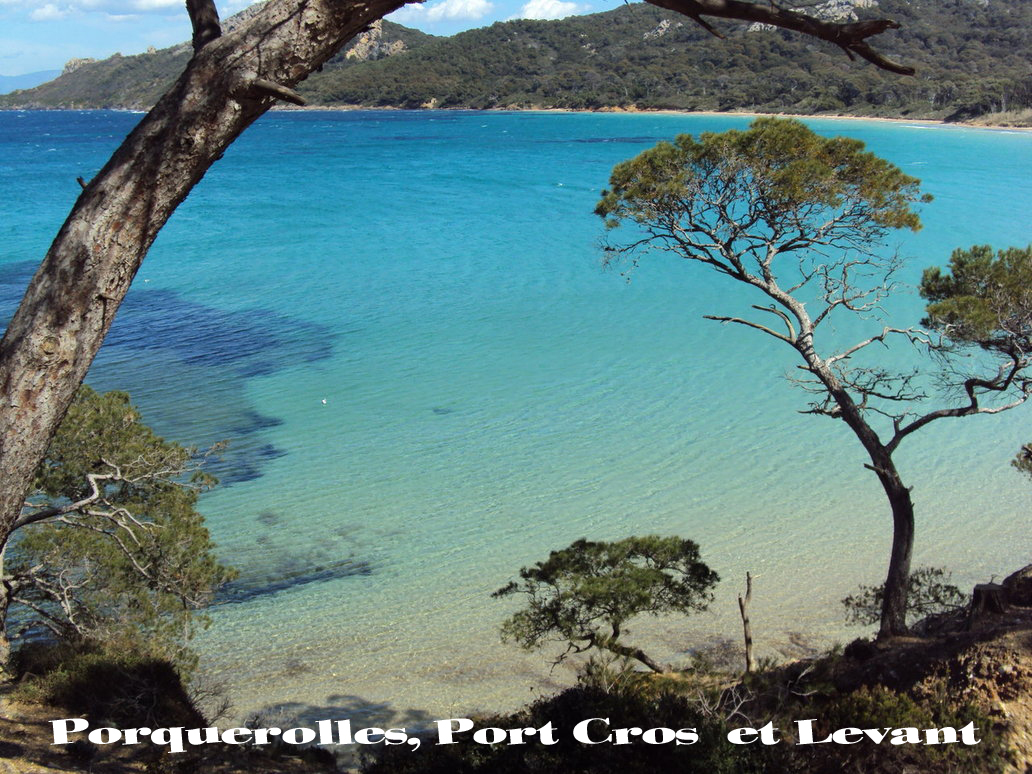 Porquerolles is a national park since 2012, and it is about the biggest and the most western of three islands of Hyères.

It measures in little meadows 8 km long for 3 km wide, with around thirty km of coast.

The Roman lived there, then later was built a monastery which depended on the magnificent abbey of Thoronet.

A few centuries later Napoleon made strengthen the island to fight against the English people.

Numerous fine sand beach are on the north coast, while the south side of the island is abrupt with big cliffs.

The name of the island comes from the village of Porquerolles, creates in 1820

Temperatures vary on average according to the season between 7 and 28 degrees, the rainiest months spreading out between October and February.

The movie ” Pierrot the madman ” of Jean-luc Godart was partially shot on the Island of Porquerolles.

Numerous hikes of bicycle (with renters of on-the-spot bike) wait for you.

Porquerolles is a National park, so it’s forbidden to smoke, to pick botanical species, to leave garbage.

We cannot camp, and it is necessary to stay on paths, and to keep dogs on a lead.

Between June and September, Porquerolles is submitted to a plan of prevention of the fires to consult on website : site to access to forests before hiking.

Several shipping companies make the connections with the Island of Porquerolles. From Hyères (Tower Melted to Giens) all year long, but also since other municipalities of the coast from the Var (in season) as Cavalaire, Toulon. Count about twenty euros to make the round trip. We can also envisage crossings personalized in water taxi.

Numerous activities are possible. Attached the link towards renters of bike, mountain bike, fat bike, diving clubs, rent of boats, windsurfing boards, stand up paddle and jet-ski …
This link are listed by the tourist office of Hyères.

On Porquerolles there is numerous ways to find accommodation, as hotels, airbnb, residences, boats and guesthouse : l’Auberge des Glycines

Port-Cros is one of the three golden islands of Iles d’Hyères, in the Mediterranean Sea in the region of the South of France, in Provence, in the Var.

this is the wildest and the most protected from the 3 islands.

The island of Port-Cros is situated between the Island of Porquerolles (10 km), the island du Levant (1km and the cape Bénat close to the city of Bormes Mimosas (8km)

The island is 4 km long and 2,4 km in its biggest width, and the highest point approaches 200 meters in heights.

Port-Cros owes its current name to the form hollow of its port, and as Porquerolles knew the presence of the Roman ones.

Napoleon 1st mentioned Port-Cros as a strategic anchorage, and installed a garrison there.

The island is classified in National park in 1963 by André Malraux.

The photographer Yann Arthus-Bertrand signed a real estate lease of very long-lasting (emphyteutic) with the national park concerning the fort of Port-Man which he restores.

There is a river on Port-Cros in the valley of the solitude, several mountains and several springs.

The accommodations are only in the small port

No car, or bikes on this island. Everything takes place on foot, on small marked out paths. 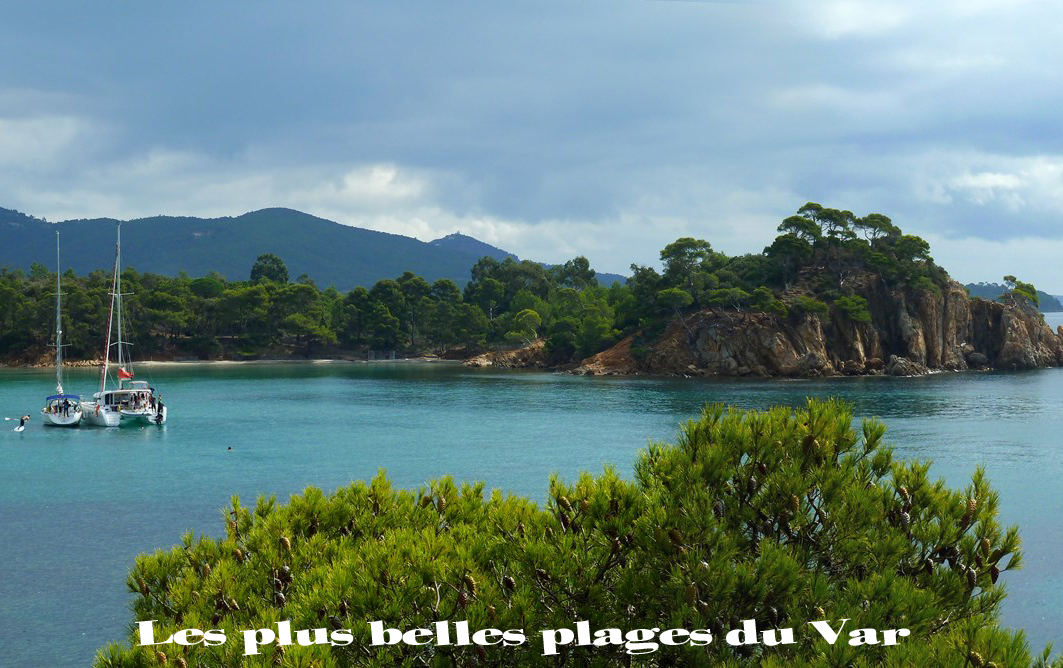 The island of Levant

It is the most easterly island of three golden islands.

The island is situated in front of massif of the Maures, the cities of Bormes-les-Mimosas and Lavandou.

It is for the same latitude as cape Corsica.

Geologically, the island of Levant is an integral part of the massif of the Maures.

It results a stressed relief and slopes pronounced with an average height of hundred meters. Its coast is established north and southwest side of cliffs of dozens of meters what is not the case in the South.

Nowadays almost 95 % of the island of Levant belongs to the army.

It has no source of water on the island, and no agriculture in the program. The number of days of sun is one of the most important of France.

This island is not a part of the National park of Port-Cros, but belongs to the network Natura  2000, and also possess a nature reserve (Les Arbousiers).

In 1931 is created the naturism in the civil space of the island, the very innovative approach for the time. (Héliopolis)

The island measures 8 km on 1.6km of maximum width.

The island of Levant, is situated in one of the hottest zones of the French Mediterranean coast.

There is numerous housing in the village of Héliopolis, and according to the charter of the national parks, there is la villa Mirabel :

On the civil side, the car traffic and by bicycle is forbidden.

The inhabitants, ” the Levantins ” are hundred to lived all year long on the island ( civil side) and approach  1800 in summer season. 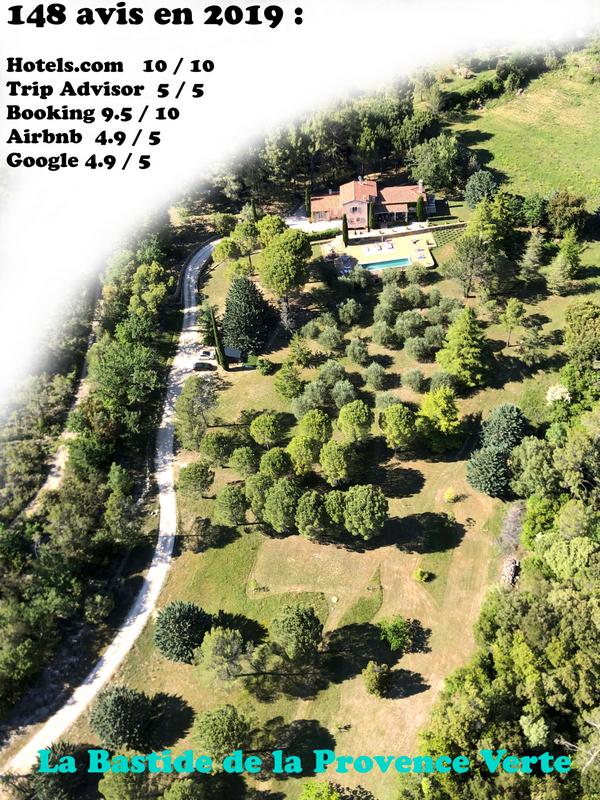